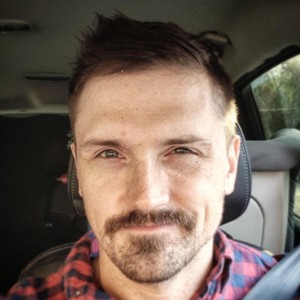 For the past few months I’ve been working on a game system mainly with Jukka Sorsa and Ville Takanen from Myrrysmiehet. This mutually inspiring collaboration has resulted in a game system that rocks for action and adventure oriented role-playing. We call it the…

The Ironcore Engine has been in the works for a while. Its roots go back to 2006 when I published  Heimot science fiction RPG. Heimot had a d10-based system which evolved into more streamlined Ready-to-Play (RTP) system we designed together with Samuli Ahokas. The RTP System was  a d10-based system and it was used in two different games, E.N.O.C. and Generian Legendat. The RTP system worked for the two games, but it felt too simplified for extended or full blown action and adventure role-playing.

After the RPT system some experiments were made with a 2d10-based system and even some d10-based dice pools, before we decided to team up with Jukka and Ville. At that point the goals and the core concepts for the Ironcore Engine were clear, but it took a while to get all the other pieces click together.

We have come a long way with the system and the vision behind it, but now we have a system that’s ready for more intense setting specific testing. One of the most recent changes for the system was a decision to upgrade the d10 to d20. The  decision was surprisingly hard. By making a system based on d20s we knew that Ironcore Engine would be directly competing with the existing d20-based systems – the d20 System (Pathfinder, Dungeons & Dragons) and the Cypher System (Numenera, Strange) being probably the most obvious ones. Still we feel using d20 was a reasoned decision and it might even prove beneficial.

The basic conflict resolution in Ironcore Engine is handled with a simple d20 + modifiers versus a target number comparison. We have added a group of innovative features to the true and tested d20-based action resolution. The features are called Push, Strain, and Flow. These mechanics are the iron-solid core of our Engine.

Pushing allows the characters to increase their chances to succeed in their efforts by straining their inner resources. When making a skill check, you can always choose to push the action by taking a point of Fatigue. While pushing, you get to roll an additional die, and choose the highest result. This allows the heroes  – or certain villains – to turn the tide at the critical moment… assuming your abilities are not completely exhausted.

Fatigue from pushing Abilities, Damage from physical injury, and Shock from fear and mental trauma cause Strain that decreases characters’ Abilities temporarily. If an Ability is reduced to zero, it is Exhausted and causes penalty on further actions. In case of physical or mental trauma the consequences can be more serious or even fatal.

Characters can recover from Strain fairly fast. Normal  rate is  a point per hour or two of rest, but often time is a commodity that you simply cannot afford. It is very hard to take a nap when there is an alien predator or marauding cannibals on your tracks.

Exhausted Abilities take much longer to heal. Recovery time depends on what kind of Strain caused the Exhaustion. If the character is just tired, the recovery might take just a day or two. In case of a serious trauma it could take weeks or even months, unless advanced treatment or extraordinary powers such as nanosurgeons or healing spells are available.

Flow represents the rising drama and tension building up as the characters push their abilities, but also the character’s growing focus to the events in the game narrative. You get Flow from Pushing your abilities to their limits, extraordinary successes and failures and by bringing your characters flaws into play.

By expending Flow the players can make their characters do great feats or stunts at the right moment, get extra actions or recover from Strain more quickly. It also adds an additional chance to make an impact, even you happen to lose your character’s critical action due to sheer bad luck on dice. But when you rest to recover from Strain – or there’s downtime for other reasons – your unused Flow will be transferred into experience points (XP).

It’s worth mentioning that even if Flow is a source of XP, it is not the only one and not even a very significant one. Unused Flow can form a nice bonus for XP (around 10-15%), but the real character progression depends on other things than skimping on Flow points.

From the beginning we wanted to make Ironcore Engine easy to hack and mod. One of the core pillars of our design process was to include the essential features in the core rules and make it easy to add new rules on top of those. Not to make the system more complex, but for better adaptability to different genres and settings. The system does matter after all. Just to give a few ideas and examples: character classes, special abilities and racial traits are some features that can be easily added on the core rules.

We have already started implementing our first game specific variants of Ironcore Engine. They are the Chthonian Highways and Hyperstorm.

We chose Chthonian Highways as our pilot project that combines two fairly well-known and popular genres: Chtulhu mythos and post-apocalyptic demolition derby in style of Mad Max and Fallout.

Chthonian Highways is set in a world where nightmarish creatures have ravaged the world and otherworldly landscapes have merged with ours. Strange and dreadful beings prowl in the shadows and dangerous alien flora is taking over the green forests and grasslands. The few remnants of civilization are held together by the chthonian highways – a webbing of roads that are still traversable by ground vehicles. The characters are dauntless road warriors who roam the cursed highways with their rigged cars and motorcycles – for as long as there is gasoline to keep the engines roaring.

We are making a short demo of the Chthonian Highways and it will be available as a free pdf download during September 2015.

Hyperstorm RPG is a space opera tabletop role-playing game based on the Finnish science fiction RPG Heimot. Hyperstorm is more of a reboot rather than a simple translation or a new edition of the game. We have revised a lot of stuff from the setting and Hyperstorm will the first “full-sized” role-playing game to use Ironcore Engine expanded with rules for advanced character creation and progression, space battles and psionics just to name a few rules we are adding to the core engine.

The main idea in Hyperstorm is to transfer the well-tested idea of dungeon crawling into outer space. Instead of dungeons, the heroes in this game will be exploring wrecks. In game terms, wrecks can be anything from crash-landed space ships, wrecked space stations, and abandoned colony settlements to mysterious alien ruins.

Next step for us is to finish the Chthonian Highways demo and continue to test the Ironcore Engine in different genres and settings. Our ultimate goal is to make Ironcore Engine into an open and hackable game system that benefits  the role-players around the world by offering a quick-to-learn system for one-shot adventures, new games, or even for games of your own design.